From science fiction to science fact, there is a concept that suggests
that there could be other universes besides our own.

The idea is pervasive in comic books, video games, television and movies. Franchises ranging from “Buffy the Vampire Slayer” to “Star Trek” to “Doctor Who” to “Digemon” use the idea to extend plotlines. There actually is quite a bit of evidence out there for a multiverse. First, it is useful to
understand how our universe is believed to have come to be. Around 13.7 billion years ago, simply speaking, everything we know of in the cosmos was an infinitesimal singularity. Then, according to the Big Bang theory, some unknown trigger caused it to expand and inflate in three-dimensional space. As the immense energy of this initial expansion cooled, light began to shine through. Eventually, the small particles began to form into the larger pieces of matter we know today, such as galaxies, stars and planets.

One big question with this theory is: are we the only universe out there? With our current technology, we are limited to observations within this universe because the universe is curved, and we are inside the fishbowl, unable to see the outside of it (if there is an outside.)

There are at least five theories why a multi universe is possible, as a 2012 Space.com article
explained:

Famously, physicist’s Stephen Hawking’s last paper before his death also dealt with the multi universe. The paper was published in May 2018, just a few months after Hawking’s demise. About the theory, he told Cambridge University in an interview published in The Washington Post, “We are not down to a single, unique universe, but our findings imply a significant reduction of the multiverse
to a much smaller range of possible universes.”

Arguing against a parallel universe  Not everyone agrees with the parallel universe theory, however. A 2015 article on Medium by astrophysicist Ethan Siegal agreed that space-time could go on forever in theory but said that there are some limitations with that idea. The key problem is the universe is just under 14 billion years old. So, our universe’s age itself is obviously not infinite, but a finite amount. This would (simply put) limit the number of possibilities for particles to rearrange themselves, and sadly make it less possible that your alternate self-did get on that plane after all to see China.

Also, the expansion at the beginning of the universe took place exponentially because there was so much “energy inherent to space itself,” he said. But over time, that inflation obviously slowed — those particles of matter created at the Big Bang are not continuing to expand, he pointed out. Among his conclusions: that means that multiverses would have different rates of inflation and different times (longer or shorter) for inflation. This decreases the possibilities of universes like our own.

“Even setting aside issues that there may be an infinite number of possible values for fundamental constants, particles and interactions, and even setting aside interpretation issues such as whether the many-worlds-interpretation actually describes our physical reality,” Siegal said, “the fact of the matter is that the number of possible outcomes rises so quickly — so
much faster than merely exponentially — that unless inflation has been occurring for a truly infinite amount of time, there are no parallel universes identical to this one.”

But rather than seeing this lack of other universes as a limitation, Siegal instead takes the philosophy that it shows how important it is to celebrate being unique. He advises to make the choices that work for you, which “leave you with no regrets.” That’s because there are no other realities where the choices of your dream self-play out; you, therefore, are the only
person that can make those choices happen. 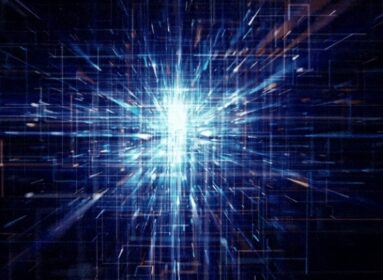