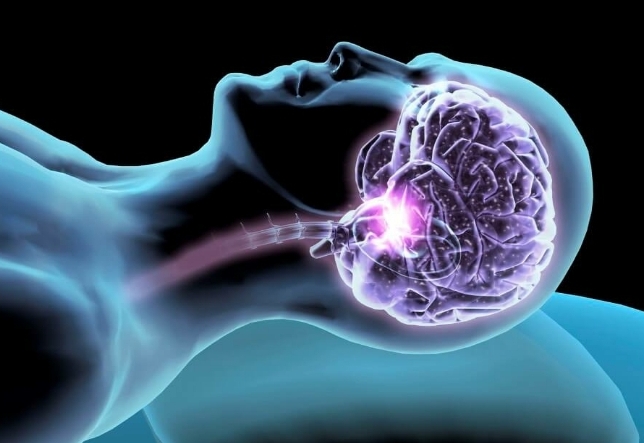 This same circuit is also a key component of the reward system, an archipelago of interconnected brain clusters crucial to promoting behavior necessary for animals, including humans, to survive and reproduce.

It makes intuitive sense that the reward system, which motivates goal-directed behaviors such as fleeing from predators or looking for food, and our sleep-wake cycle would coordinate with one another at some point. You can’t seek food in your sleep, unless you’re an adept sleepwalker.

Conversely, getting out of bed is a lot easier when you’re excited about the day ahead of you.

“This has potential huge clinical relevance,” de Lecea said. “Insomnia, a multibillion-dollar market for pharmaceutical companies, has traditionally been treated with drugs such as benzodiazepines that nonspecifically shut down the entire brain. Now we see the possibility of developing therapies that, by narrowly targeting this newly identified circuit, could induce much higher-quality sleep.”

Some 25 to 30 percent of American adults are affected by sleep disturbances of one type or another, according to the National Institutes of Health. In addition, disruption of the sleep-wake rhythm typifies many different neuropsychiatric disorders and is understood to exacerbate them.

The reward system’s circuitry is similar in all vertebrates, from fish, frogs and falcons to fishermen and fashion models. A chemical called dopamine plays a crucial role in firing up this circuitry.

Neuroscientists know that a brain structure, the ventral tegmental area, or VTA, is the origin of numerous dopamine-secreting nerve fibers that run in discrete tracts to many different parts of the brain. A plurality of these fibers goes to the nucleus accumbens, a forebrain structure particularly implicated in generating feelings of pleasure in anticipation of, or response to, obtaining a desired objective.

“Since many reward-circuit-activating drugs such as amphetamines that work by stimulating dopamine secretion also keep users awake, it’s natural to ask if dopamine plays a key role in the sleep-wake cycle as well as in reward,”

Eban-Rothschild said. “But, in part due to existing technical limitations, earlier experimental literature has unearthed little evidence for the connection and, in fact, has suggested that this circuit probably wasn’t so important.”

For the new study, the investigators employed male laboratory mice bioengineered in several respects to enable the use of advanced technologies to remotely excite, suppress and monitor activity in the dopamine-secreting nerve cells from the mice’s VTA.

Overall, activity in the dopamine-secreting nerve cells emanating from the VTA rose on waking and stayed elevated when mice were awake.

Conversely, this activity ramped down when mice transitioned into sleep, remaining low while they slumbered. Activating this nerve-cell population was enough to rouse the animals from a sound sleep and keep them awake for long periods, even during a point in the mice’s diurnal cycle when they’d ordinarily be bunking down. Control animals, whose VTA activity wasn’t similarly jacked up, built little nests from pellets of materials placed in all the mice’s cages and then promptly dropped off. 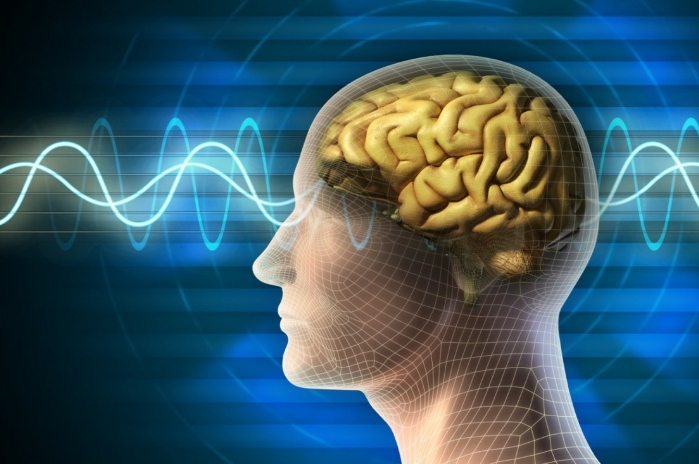 When instead the scientists suppressed activity in the same nerve-cell population during the typically active period of the mice’s 24-hour cycle, the mice conked out, snoozing through the presence of surefire arousal triggers: delicious high-fat chow, a female or fear-inducing fox urine.

Mice in an unfamiliar cage ordinarily explore their new surroundings energetically. And indeed, VTA-suppressed mice stayed awake for the first 45 minutes of the hour they spent in a new cage. But Eban-Rothschild noticed something: They spent that waking time building nests.

This wasn’t just some stereotyped behavior guaranteed to emerge when VTA activity was inhibited, Eban-Rothschild added. “If we put the nest they’d already built in their usual cage into the novel cage, they climbed in and went right to sleep.”

Control mice in the unfamiliar cage ran around, either ignoring the pellet of nesting materials placed inside or scattering those materials all over the cage.

“We knew stimulating the brain’s dopamine-related circuitry would increase goal-directed behaviors such as food- and sex-seeking” said Eban-Rothschild. “But the new study shows that at least one complex behavior is induced not by stimulating, but by inhibiting, this very circuit. Interestingly, this behavior — nest building — is essential to a mouse’s preparation for sleep.”

Nobody had noticed that before, said de Lecea. “This is the first finding of a sleep-preparation starter site in the brain. It’s likely we humans have one, too. If we’re disrupting this preparation by, say, reading email or playing videogames, which not only give off light but charge up our emotions and get our VTA dopaminergic circuitry going, it’s easy to see why we’re likely to have trouble falling asleep.”

Noting that this anticipatory phase is often at the root of many people’s sleeping problems, de Lecea suggested that the newly identified circuit could be a target for pharmacological intervention to help people ease into sleep.

“We have plenty of drugs that counter dopamine,” he said. “Perhaps giving a person the right dose, at just the right time, of a drug with just the right pharmacokinetic properties so its effect will wear off at the right time would work a lot better than bombarding the brain with benzodiazepines, such as Valium, that knock out the entire brain.”

He said he also sees the possibility that drugs targeting the VTA’s dopamine-secreting nerve cells could benefit those suffering from neurological conditions such as schizophrenia or bipolar disorder that are characterized by sleep-wake cycle disturbances. 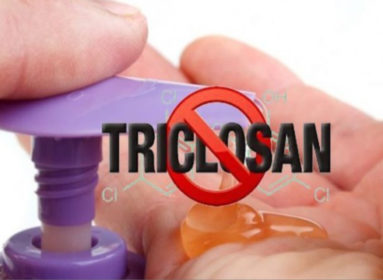