The cranium was discovered in Ethiopia Dale Omori, courtesy of the Cleveland Museum of Natural History.

Paleoanthropologists say the discovery will rewrite the story of humankind.

For the first time, a partial skull belonging to one of our most important ancestral species has been found in Africa. The skull sheds light on a crucial stage of our evolution.

The skull was discovered in 2016. Yohannes Haile-Selassie of the Cleveland Museum of Natural History in Ohio and his colleagues were excavating in the Woranso-Mille area of Ethiopia. One day a local man named Ali Bereino approached Haile-Selassie with a hominin upper jawbone that he had found. “He was not even one of my local workers at that time,” says Haile-Selassie – something he has since remedied.

Haile-Selassie accompanied Bereino back to the site. “Three meters away from the upper jaw was the rest of the head,” he says. The team sieved through the surrounding sediment, much of which was buried under a half-meter-deep pile of three-month-old goat faeces. This unpleasant task yielded several “critical pieces”, including some of the left cheekbone.

The skull seems to have belonged to a male. Given how badly his teeth were worn, he was probably old when he died. Based on the ages of the surrounding rocks, he lived 3.8 million years ago.

The team has now identified it as an Australopithecus anamensis.
Australopithecus were the main hominins living in Africa between 4 and 2 million years ago – several million years after our ancestors slit from those of chimpanzees, our closest living relatives. They walked upright as we do, but their brains were smaller than ours. Several species of Australopithecus are known, including A. afarensis: the species to which the famous “Lucy” fossil belonged.

A. anamensis is crucial because it is the oldest known Australopithecus species. First described in 1995, it lived around 4 million years ago.

“We already knew quite a lot about anamensis,” says team member Stephanie Melillo of the Max Planck Institute for Evolutionary Anthropology in Leipzig, Germany. “But we didn’t have a cranium.”

According to the team’s analyses, our ideas about the early evolution of Australopithecus now need a rethink.

Most anthropologists agree that A. anamensis is the ancestor of the later species A. afarensis. It is both slightly older and slightly more ape-like.

However, Melillo and her colleagues are now questioning the standard story for how A. anamensis gave rise to A. afarensis, which is widely thought to have been our ancestor.

Many believe this happened by anagenesis. “That’s when one species is evolving and gradually wholesale turns into another species,” says Melillo. “You just see some trends in time, and all of a sudden there’s no more of the ancestral species and we only find the descendant species.” The transition from A. anamensis to A. afarensis has been “one of the strongest cases for anagenesis in the fossil record”, she says.

A facial reconstruction of A. anamensis Matt Crow, courtesy of theCleveland Museum of Natural History

The team compared the new A. anamensis skull to those of other hominins, plus gorillas and chimpanzees. They concluded that a partial frontal bone from 3.9 million year ago, which has been hard to identify, is actually an A. afarensis. Since this is older than the A. anamensis skull, the older species cannot have gradually transformed into the younger. Instead, they say, the A. anamensispopulation must have split in two, with one half giving rise to A. afarensis and the other hanging on as A. anamensis for at least 100,000 years.

Anthropologists are conflicted on this point. Spoor says that this suggestion is probably right, but that the evidence against anagenesis is not yet conclusive.

The issue is that we cannot be sure that the older bone is from A. afarensis. “It’s really hard to make a strong claim that that fragmentary specimen belongs to afarensis and not anamensis itself,” says William Kimbel of Arizona State University in Tempe, who has argued for anagenesis. We only have one A. anamensis skull to compare it to, so we have no idea how variable the species was. “That doesn’t mean they’re wrong,” he adds, but we need more fossils.

Meanwhile, the A. anamensis skull does strengthen the case that several older fossils really are hominins, and not dead-end lineages of apes as has sometimes been suggested. These include Ardipithecus ramidus, which lived about 4.4 million years ago, and Sahelanthropus tchadensis from 6 million years ago.

“This new find can help,” agrees Spoor. “It does form a bridge.” 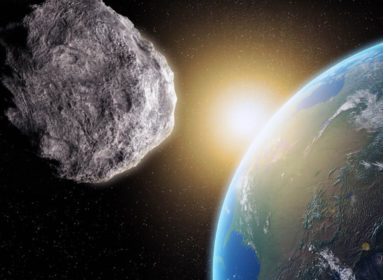 The God of Chaos Asteroid 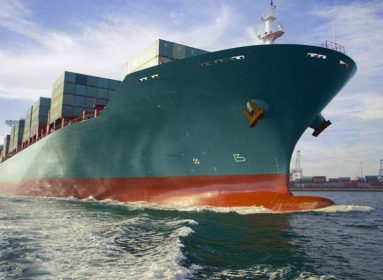