The effective interaction of photons accelerates when the number of photons increases and is the key for the speed-up.

Researchers have created a Bose-Einstein condensate with record speed, creating the fascinating phase of matter in about 100 femtoseconds. To get an idea of how quick that is, hundred femtoseconds compared to one second is proportionally the same as a day compared to the age of the universe. The project was the result of a collaboration between Aalto University the and University of Eastern Finland.

Bose-Einstein condensation is a quantum phenomenon where a large number of particles starts to behave as if they were one. Albert Einstein and Satyendra Nath Bose predicted this fascinating behavior in the beginning of last century. Many different systems, like gases of alkali atoms or semiconductors coupled with light, have been used for observing these condensates. None of them comes into being, however, as fast as the Finnish researchers’ Bose-Einstein condensate.

Bose-Einstein condensates composed of light are similar to lasers and particularly promising for information and quantum technologies. The information transfer of the internet today relies on the high speed of light. In principle, light can also be used to provide ultrafast computing with low energy consumption, but achieving this requires pushing the limits of what we know about the interaction of light with matter.

In our everyday world, water molecules of humid air condense on the surface of a cold beer can. Similarly, in the quantum world, particles have to find a way to lose their energy in order to condense to the lowest possible energy state. This process typically takes time from thousands of a second to trillionths of a second. How was it possible to form a condensate even faster?

‘After carefully analyzing our measurement data, we realized that the energy relaxation in our system is a highly stimulated process. This means that the effective interaction of photons, which leads into condensation, accelerates when the number of photons increases.

Such a phenomenon is the key for the speed-up,’ explains Aaro Väkeväinen who completed his PhD degree with these results. Another challenge was to prove that condensation indeed happens with record speed, since even advanced lab cameras fall short of such time resolution. ‘When we pumped energy into the molecules in 50 femtoseconds, the condensate was observed. But with 300 femtosecond pump pulse we did not see it, which indicated that the condensation must be triggered even faster,’ says doctoral student Antti Moilanen.

‘This condensate produces a coherent light beam that is 100,000 times brighter than the first surface plasmon polariton condensate we observed in a metal nanorod array two years ago,’ comments Academy Professor Päivi Törmä. The large number of photons in the beam allows clear observation of the distribution of photons at different energies that was predicted by Bose and Einstein. ‘The brightness of the beam makes it easier to explore new areas of fundamental research and applications with these condensates,’ she continues. An invention that emerged from the condensate research of the group has just been granted a patent and will be developed further. 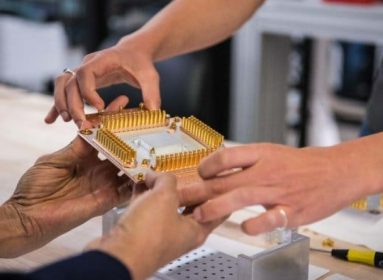 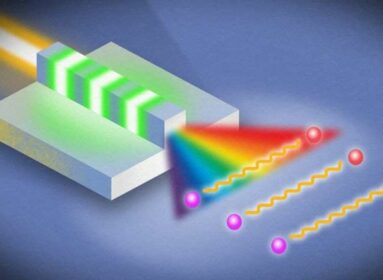 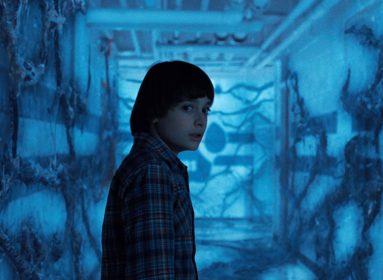