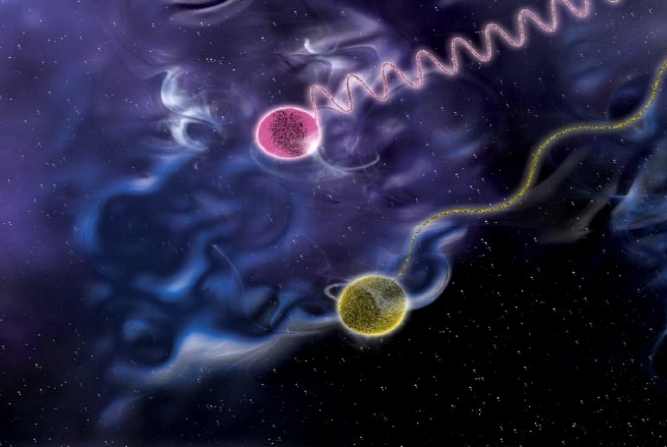 In this illustration, one photon (purple) carries a million times the energy of another (yellow).
Image credit: NASA / Sonoma State University / Aurore Simonnet

A duo of researchers at Purdue University has modified a popular theorem — called Bell’s inequality — for identifying quantum entanglement and applied it to chemical reactions..

“No one has experimentally shown entanglement in chemical reactions yet because we haven’t had a way to measure it,” said Professor Sabre Kais, lead author of the study.

“For the first time, we have a practical way to measure it.”

“The question now is, can we use entanglement to our advantage to predict and control the outcome of chemical reactions?”

Since 1964, Bell’s inequality has been widely validated and serves as a go-to test for identifying entanglement that can be described with discrete measurements, such as measuring the orientation of the spin of a quantum particle and then determining if that measurement is correlated with another particle’s spin.

If a system violates the inequality, then entanglement exists.

But describing entanglement in chemical reactions requires continuous measurements, such as the various angles of beams that scatter the reactants and force them to contact and transform into products.

How the inputs are prepared determines the outputs of a chemical reaction.

Previously, the theorem had been generalized to continuous measurements in photonic systems. The team tested the generalized Bell’s inequality in a quantum simulation of a chemical reaction yielding the molecule deuterium hydride.

Because the simulations validated the Bell’s theorem and showed that entanglement can be classified in chemical reactions, the researchers propose to further test the method on deuterium hydride in an experiment.

“We don’t yet know what outputs we can control by taking advantage of entanglement in a chemical reaction — just that these outputs will be different,” Professor Kais said. 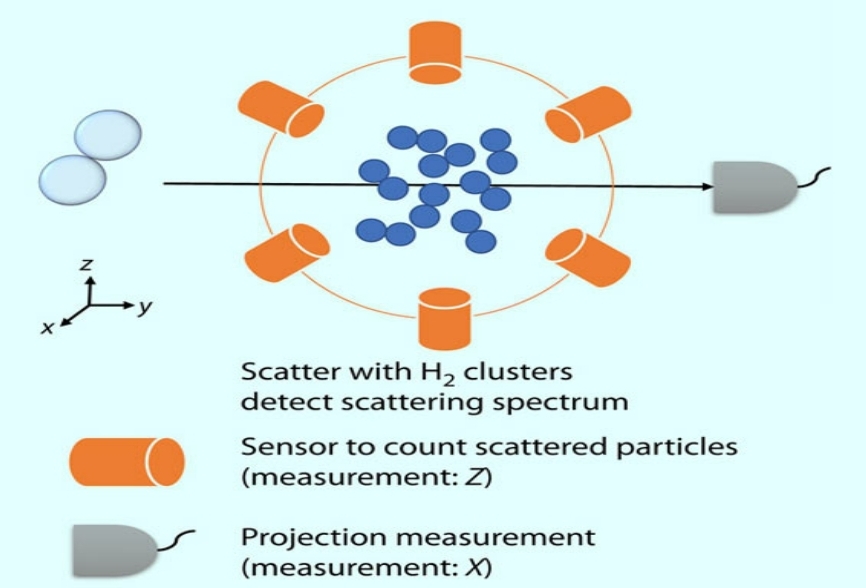 The quantum simulation of a chemical reaction yielding deuterium hydride validated the new method: sensors (orange) are used to detect scattered particles and count numbers for each angle (Z measurement); molecules that are not scattered will go to another sensor (gray), by which they will be measured on the eigenstates ∣+> and ∣-> (X measurement). Image credit: Junxu Li & Sabre Kais, doi: 10.1126/sciadv.aax5283.

“Making entanglement measurable in these systems is an important first step.”

The team’s paper was published online this month in the journal Science Advances. 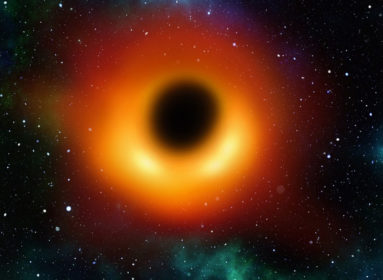